Who was Ralph Metcalfe?

"Nowadays, experts think back to Owens and Metcalfe and wonder which of the two was better on closer inspection. Owens won the AAU 100-meter title only once; Metcalfe won it three times. Owens failed to win the AAU 200-meter title; Metcalfe won it five times in a row. Owens won the Intercollegiate 100-yard dash twice; Metcalfe three times. And again in the Intercollegiate 220-yard dash, Owens won it twice to three times for Metcalfe. What does all this prove? Maybe nothing but the results are surprising when compared with the relative publicity they received" 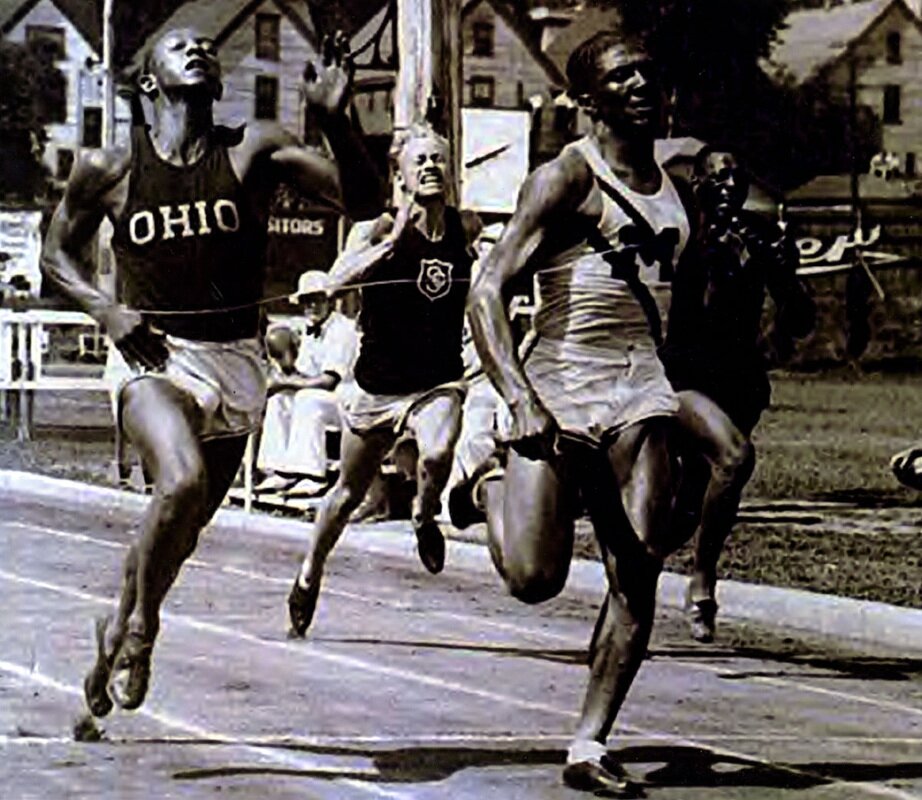