Ralph Metcalfe’s lifelong dedication to amateur athletics began at Douglas Playground in Chicago’s Black Belt. He achieved state, national and world record times in the sprint races at Tilden Technical High School and dominated sprinting worldwide while attending Marquette University.
Undefeated before the 1932 Olympics, he was victimized twice in controversies including the second photo finish in history in the 100-meter final. Will Rogers commented "I think the judges should be notified in some way who won the various races, so they will know it on the day it happens." The 1932 Olympic Games were the first in which the 200-meter contest was run around the curve of the track rather than on the straightaway, necessitating a staggered start. Started from the wrong mark, he ran 8 or 9 feet further than his competitors. Ralph still managed to finish third. Coach Dean Cromwell declined to request a rerun, citing America's sweep of all three places.

Ralph dominated the sprint events for two solid years after the Games. He was undefeated in tours of Europe in 1933 and the Pacific Rim in 1934. Jesse Owens described him as the “elder statesmen” of the 15 blacks on the 1936 U.S. Olympic team and credits him for their success in dealing a stiff blow to Nazi propaganda. Ralph has 16 races noted in the International Amateur Athletics Federation’s Handbook of World Records, with 5 enjoying official recognition. Our preliminary analysis of newspaper clippings in the collection indicates at least 38 outdoor world record performances, with 7 more indoors. Much work remains to be done. Ralph's World Records

Ralph graduated from Marquette as president of his class in June 1936. He retired from competition after the 1936 Berlin Olympics and subsequent Amateur Athletic Union fundraising tour. He taught physical education and developed a track and field powerhouse that produced five national champions at Xavier University of Louisiana. Ralph used his summers to commute to the University of Southern California, earning a master’s degree in physical education in 1940.

When America entered World War II, the National Catholic Community Service drafted Ralph away from Xavier in time for its absorption into President Franklin Delano Roosevelt’s mandated six-organization merge to form the United Service Organizations. Ralph’s award-winning work at the USO Club in Anniston, Alabama preceded his entry into the U.S. Army, where he rose as fast as the Table of Organization allowed. Enlisted men at Camp Plauche, Louisiana dubbed his new obstacle course the “Plauche Olympics.” Ralph received the Army’s highest non-combat award, the Legion of Merit medal for revolutionizing training techniques for troops of all colors at Camp Plauche.

"First Lieutenant RALPH H. METCALFE, 01947513, Transportation Corps, Army of the United States, as Assistant Director of Physical Training and Chief, Physical Training Section, Camp Plauche, Louisiana, from January 1945 to February 1946, made an outstanding contribution to the success of the training program of this installation. His achievements reflected his initiative, leadership, sincerity, and loyal devotion to duty."

After the war, Ralph became the first black member of the Illinois Athletic Commission. He served on Chicago’s Olympic bid committee in pursuit of the 1956 Games. As chairman of the Chicago City Council Committee on Forestry and Recreation, Alderman Ralph Metcalfe set about creating a city-wide program for novice athletes. The Ralph H. Metcalfe Youth Foundation served thousands of novice athletes with a wide range of programs. He also co-founded the Chicago Youth Organization and the Better Boys Foundation.

Congressman Metcalfe participated in Chicago’s 1956 Olympic Committee and presented the bid to host the 1972 Olympics. In 1959, he co-chaired the Organizing Committee of the 3rd Pan-American Games and led a diplomatic mission to 15 Latin American countries inviting their heads of state to send a team to Chicago.

In 1968 he was appointed to Vice President Hubert H. Humphrey’s Sports Arbitration Board to solve problems affecting amateur athletes between the AAU and National Collegiate Athletic Association. Ralph began a term of service on the United States Olympic Committee’s Executive Board that same year.

In 1976 President Carter’s Commission on Olympic Sports worked at the same set of problems confronted by the Sports Arbitration Board. The commission’s executive director reports that Congressman Metcalfe was by far its hardest-working member. Congressman Metcalfe’s last two speeches from the Floor of the United States House of Representatives were in support of legislation empowering the United States Olympic Committee over amateur sport in America. It became the Amateur Sports Athletics Act of 1978. 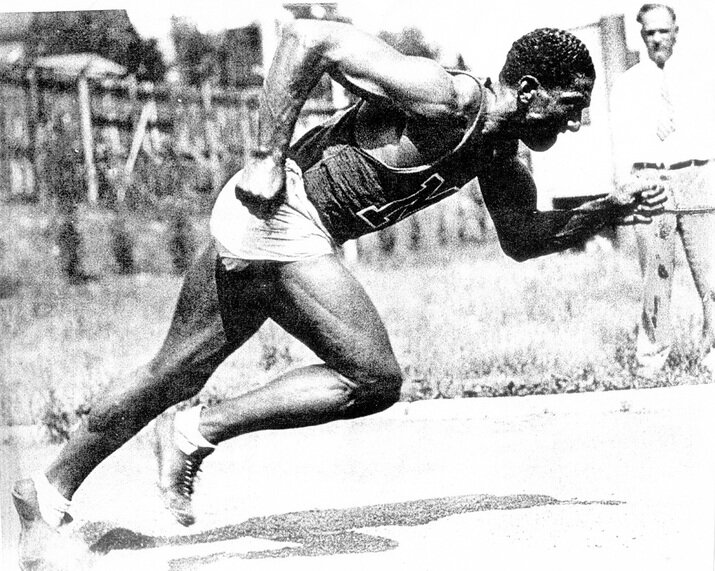 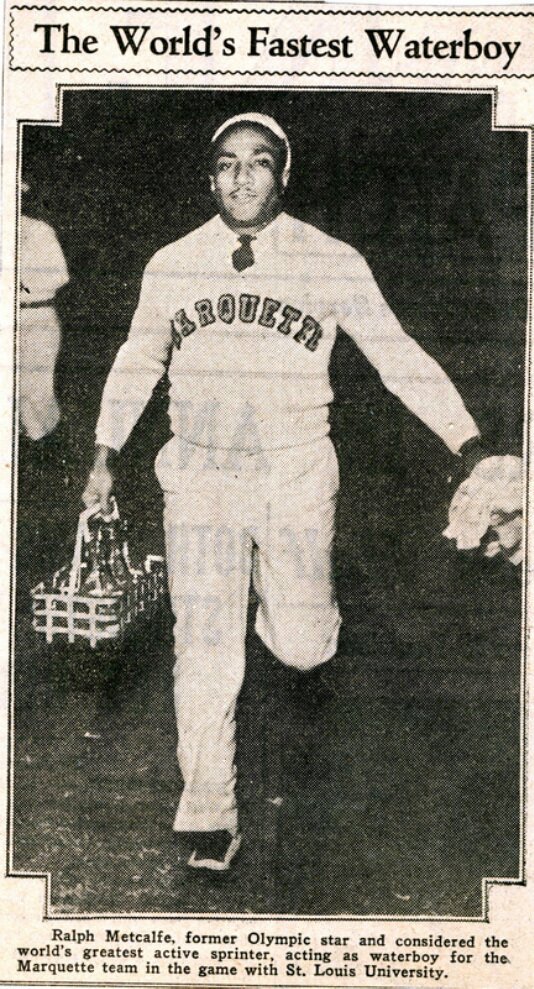 After the 1932 Olympics, Ralph served as waterboy for Marquette's football team.
He loved the sport but, fearing injury, his coach would not allow him to play.